The Next Chapter in Life

New Year's Day is the first day of the year on the modern Gregorian calendar. Civilizations around the world have been celebrating the start of each New Year for at least four millennia. Today, most New Year’s festivities begin on New Year’s Eve and continue into the early hours of New Year’s Day. Common traditions include attending parties, eating special New Year’s foods, making resolutions for the New Year and watching fireworks displays.

In fact, each year millions of people around the world watch the iconic New York City tradition, the dropping of a giant ball in New York City’s Times Square at the stroke of midnight. This has occurred almost every year since 1907. Over time, the ball has expanded from a 700-pound iron-and-wooden orb to a brightly patterned and lighted sphere 12 feet in diameter and weighing nearly 12,000 pounds.

But New Year’s is a time of reflection too. We at MONAT believe more in New Year’s intentions than in resolutions, which often are uninspiring, difficult to keep and typically peter out after a few months. Ask anyone who belongs to a gym; the gym packed in January with people full of determination to lose weight and get toned. By March, the gyms have emptied out.

Our philosophy is that intention differs in both spirit and practicality. Intentions set the tone and perspective for the New Year. This means rather than make a resolution to exercise and eat healthy, you would set a goal of listening to your body and making healthier choices. This is easier to adhere to and can be drawn upon to guide your decisions at any time.

New Year’s also is a time that the MONAT family surveys the past year and uses it to ask, “What do we intend to achieve this coming year?” We dig deep and affirm that we’re truly invested in fully living life. Having a goal puts a powerful force into play on a universal, conscious and subconscious level. These goals or intentions give our lives direction and help us think big.

As part of the MONAT family,
we invite you to ask along with us the following intentions:

What you think about and dream about are your own personal intentions. But we invite you to share some intentions with us…to help others, to be grateful for what we have and to strive to do the very best we can do at any given moment. This New Year, the next chapter in our book of life is about to be written. Let’s write it together! 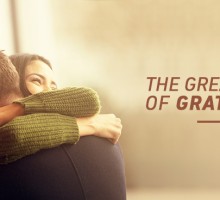 The Science Behind Gratitude 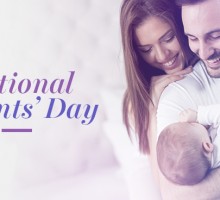