Honesty is the best policy.
—  Benjamin Franklin
Did you know that research shows that the average person lies about 200 times a day, including lies of omission and those little white lies that we all tell?1 Nurses are the most honest people.2 Men and women lie equally but men tend to lie to make themselves look better while women usually lie to make the other person feel better.3 Honestly!

Sunday, April 30th, is National Honesty Day. It was started in the early 1990s by M. Hirsh Goldberg, a former press secretary to a Maryland governor, who spent four years researching the best-selling The Book of Lies (W. Morrow, 1990). Mr. Goldberg chose April 30th for National Honesty Day to counteract the start of the month's April Fool's Day,4 which is all about telling lies, although lies told that day are considered relatively harmless.

But being dishonest-or let's say it outright-lying-is not harmless. So why do we do it? Because being honest can mean exposing a piece of your soul that you may keep hidden5 for fear of judgment, loss of respect or loss of love.6 It's common to only tell parts of a truth that one feels people want to hear, either by omitting revealing facts or telling “little white lies” that paint a very different picture of our “real” reality.7

Self-protection also is a powerful motivator. Frequently people are “advised” by their inner critic not to say what feel so they don't appear too vulnerable. They act like they don't care so they won't feel like a fool.8

Then there are times we all feel we should forego unpleasant pieces of information in order to spare a person's feelings, even when those details are important and we know it.9 Unfortunately, those fibs we tell because we don't want to hurt someone (from the mild “Oh, I love your neighborhood!” to the serious “No, he wasn't with anyone.”) can leave us feeling poorly about ourselves because we are not being authentic.10

Understanding why we lie can help us start to be more honest. Lying is "tied in with self-esteem," says Robert Feldman, psychologist at the University of Massachusetts. "We find that as soon as people feel their self-esteem is threatened, they immediately begin to lie at higher levels."11

Feldman states people should become more aware of how often they are less than honest. People need to realize that honesty yields more genuine relationships and trust. "The default ought to be to be honest and accurate," he says.12

One has to remember that being honest requires honesty with yourself first. Once you accept your true feelings and motivations, you can speak more straightforwardly with others.13 Often, when you ask the right questions, strive to view a tenuous situation with a detached mindset and practice patience with another person, you can build a stronger relationship than it may previously have been.14 Truthfulness, as hard as it might seem, actually can strengthen connections.15

If you do slip up but the moment has passed, be honest with yourself. Acknowledge that you didn't handle a situation right and vow to do better if a similar situation happens again.

Take a second to think about your values.
You know you’re honest when you do the right thing,
even when nobody is looking. 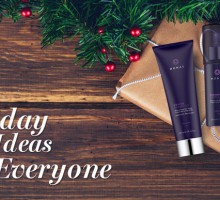 5 Holiday Gift Ideas For Everyone 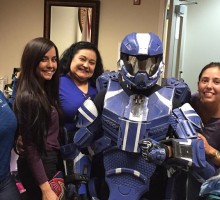 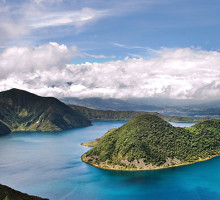 What does “naturally-based” mean?