Skip to content
How big of an impact can MONATions have on your business? We asked the new 2016 Directors for their thoughts (see Part 1 here and Part 2 here).
Consider the experience of Lindsay Hilton. At the time of MONATions 2016, she was a new MP and had achieved Managing Market Partner in two months.
She used airline points and savings she and her husband were going to put toward a family holiday so she could go. 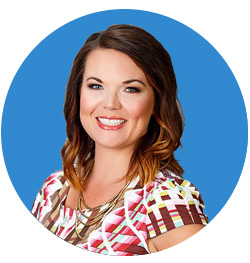 “I knew there was something so special about this company that I had to figure out a way to get to MONATions in Florida in 2016!” said Lindsay Hilton, Associate Executive Director.
“I crossed my fingers and hoped that I made the right decision.” Lindsay did make the right decision: “The energy over the entire weekend was indescribable! The event’s energy consumed me in a way I didn’t expect. Even though I already loved the company, MONATions just solidified and multiplied it and by the time the event was over I knew I was unstoppable!”

A year later and Lindsay is so excited to be attending DRIVE in February. She’s also grateful that MONAT has given her the income so she doesn’t give a second thought about travelling to Houston.

“My advice to anyone wondering if they should go is this,” Lindsay continues. “It does not matter what rank you’re at, you need to be at MONATions! As much as you may love the company already and as much as you may have built relationships over Facebook, nothing will compare to the face-to-face, physical experience of attending DRIVE.
“It will take your business to a whole new level,” Lindsay emphasizes. “This is an investment in your future and an investment in your business. If you dream big then let nothing stand in your way. I know from experience that your future self will thank you for it!”

REGISTER HERE
Watch this video to excite you even further!